IN A BRIEF DISCUSSION WITH AUTHOR ABU SIDDIK 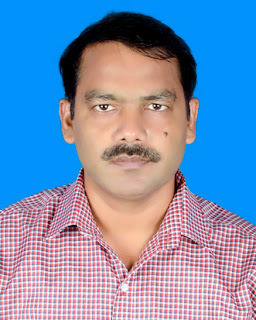 Bio:
Abu Siddik, Assistant Professor at the Department of English, Falakata College, West Bengal, is also a Guest Faculty at the Department of English, Cooch Behar Panchanan Barma University, West Bengal, India. He did his Ph. D. on William Faulkner from Vidyasagar University. He has published several articles of merit on subaltern and cultural studies. He is the editor of Representation of the Marginalized in Indian writings in English (2014). His areas of interest include American Literature, Postcolonial Literature, Cultural Studies, Subaltern Studies, and Literary and Cultural Theories. He is presently working on a project entitled “Representations of Bengali Muslims as Marginals: A Study of Select Cultural Texts and Daily lived Experiences”.He has edited Representation of the Marginalized in Indian Writings in English (2015). He is the author of Misfit Parents in Faulkner’s Select Texts (2015), Banglar Musolman (2018).
His short fictions and poems appeared in Muse India, Indian Ruminations, Setu Bilingual, spillwords.com and in anthologies, Serious and Hilarious, Cherry Toppings, Rise to Higher Essence.
http://abusiddik.com/


About the Book
The overall trend of Faulknerian criticism encompasses such broad areas as race, class, gender, realism, modernism, postmodernism, feminism, poststructuralism, rhetorical and ideological theories, and cultural studies. I, however, focus on family centric nature of Faulkner’s fiction. Parents are nucleus to a family; they are the governing principles, and cohering chord of the institution of family. The theme of parenting and family is as important as the other aspects (race, class, gender.etc.) to Faulknerian studies. But this parental aspect of Faulkner is relatively neglected by Faulknerian criticism. Moreover, reams of paper have been used on a particular text or a particular major or minor character. Some studies also explore either Faulkner’s fictional mothers or fathers. But a book focusing primarily on Faulkner’s fictional parents and their children is not readily available. The book emerges to fill in this lacuna of Faulknerian studies. 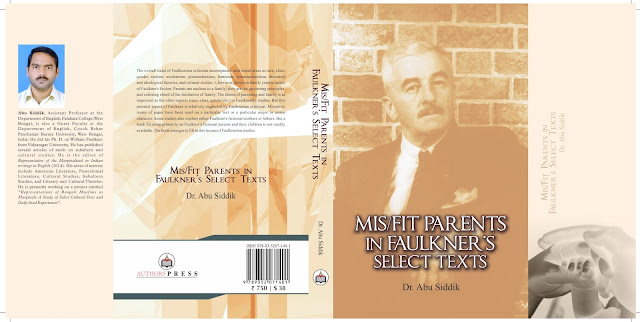 Questionnaire:
1) When did you first realize you wanted to be a writer ?
Ans: A year back when I wrote my debut short story “Sukra Oraon”.  Later it was published in Muse India.

3) What is your work schedule when you are writing ?
Ans: At early morning and late evening I generally write.  The rest of the time I read and teach my students, or roam around the forests, hills, tea gardens, haats etc.

4) What would you say is your interesting writing quirk ?
Ans: I cannot write for hours.  I write for an hour or so, and bike around the villages and sip tea at a remote tipsy stall, and study the peasants. Then come home and again I sit to write.

5) Where do you get your information or ideas for your books ?
Ans: From real life, and some of my favorite authors Like Faulkner, Naipaul, Chekov, Orwell, Turgenev, Gibran to name only a few.

6) What do you like to do when you're not writing ?
Ans: Read the said masters and many others, and study places and people.

7) Tell us something about your novel/book ?
Ans: Mis-Fit Parents in Faulkner’s Select Texts emanates from my Ph.D thesis. It mainly highlights the lack of parental love and warmth which creates a void in children’s life. Most of Faulknerian characters and Faulkner himself are more or less tinged with this parental inadequacy which degenerates and devastates the younger members of the family.  And this inadequate parenting has much relevance with our present Indian parenting and family issues too.

And,
8) What one of the most surprising thing you learned in creating your books ?
Ans: You hardly need to hurry to publish a book.
And with my two books, Mis-Fit Parents in Faulkner’s Select Texts (2015, authors press), Banglar Musalman (in Bangla, sopan) (2018), I am extremely satisfied with my contribution to society.

Popular posts from this blog

January 21, 2019
AUTHOR'S BIO : I, Prahlad narayan mathur, retired as Deputy Manager from The Oriental Insurance company is writer of social reform Hindi Poetry book SAFAR RISTEON KA ' सफर रिश्तों का '. It is my hobby to write on social issues but due to my service commitment, I could not spare myself to publish books hence after retirement I become active and I wrote and published my first hindi poetry book ' सफर रिश्तों का ' (SAFAR RISTEON KA) which is available in all over the world online through Notion Press Chennai (India), amazon, Kobo and Google play etc. I am proud of to be the resident of Ajmer (India) which is the holy place of Hindu and Muslims both. It is my motto and aim to keep on the torch on social evils and try to give message to the youngsters to rebuild the due respects to parents relatives and to society. QUESTIONNAIRE : 1) When did you first realize you wanted to be a writer ? ANS: It was my hobby to writ
1 comment
Read more

AUTHOR'S INTERVIEW : A KIND OF COMMITMENT BY PRATIBHA MALAV

December 25, 2018
QUESTIONNAIRE : Q-1) when did you first realize you wanted to be a writer ? ANS: Well, it happened way back when I was in 12 th standard. I never planned life. Things go unpredictable with me. I wanted to be an engineer when I was in 7 th grade. I wanted to be a doctor when I was in 9 th grade. Such uncertain life!   I just wanted to do something that brings spark in life. I wrote my first poem when I was in 8 th grade. It didn’t stop since then, and as I grew up, the dream of becoming a published author also kept growing up. Q-2) when did you write your first book and how old were you ? ANS: I wrote my first book in between March and May (2016), a manuscript which never got released. No regrets! I was 19 that time. My first published novel is A KIND OF COMMITMENT which came in market in August 2017 , was written between November 2016 and February 2017. I’ve also worked in an anthology with Omji Publication house. Q-3) wh
Post a Comment
Read more

suman panda
Sometimes literary critics review the book they wanted you to write, not the book you wrote, and that's very irksome.